Always an acute, enthusiastic individual, Siddharth Mahajan blossomed throughout his learning career. His decision to pick the hotel industry seemed custom-made, owing to his exceptional front house and concierge services. After having worked with some big names like Vikram Oberoi, General Manager, and Puneet Narula, Front of House Manager at Oberoi Rajvilas, Mahajan ventured off to London to build a stronger foundation in the business, as the Hotel Industry in India was still in its nascent stage.

In London, he worked at Amba Hotel, Marble Arch, from Feb 2005 to July 2008 as the Guest Relation Manager / Reception Manager where he effortlessly managed 692 rooms. Following this, he worked at International Hotel from July 2008 to Sept 2013, at Canary Wharf as the Hotel Operations Manager. During this phase, Siddharth Mahajan had the opportunity of working with the crème de la crème of the industry, namely Peter Beckwith and Christian Graf, General Managers of the hotels respectively.

Siddharth Mahajan took a major entrepreneurial leap thereafter by leasing a hotel for 25 years and converting it into a boutique hotel. He made sure that Customer Service and proximity to the station would be prominent features in the hotel designed to serve emigrants travelling for work. As a promising Indian entrepreneur, Sidd quickly established a prominent housing business in London and became the proud owner of Tulip Hotels, which went on to develop as a private, diversified property group in several segments in the UK. He is renowned for excellence in quality of design and service delivery in the ultimate creation of high-quality properties to satisfy every client’s whim and fancy. 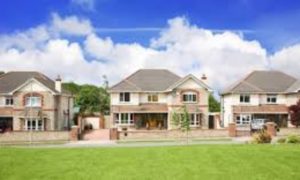 In 2011, Siddharth Mahajan London fashioned a company to deliver Serviced Rooms and Short-Lets services covering the prime London business districts of Canary Wharf and Stratford areas. The business was established with an initial inventory of 9 Apartments comprising 30 X Service Rooms on various leases. Tulip Real Estate London. received an overpowering response during the 2012 Olympics and the company hasn’t looked back since then. After a very successful stint in the first year of business, the company acquired 23 additional apartments on lease by May 2013. Furthermore, the Tulip Team expanded by bringing onboard administration executives and cleaners to provide great services to all the tenants.

With the increase in demand, the company started acquiring 4-5 HMO Bedroom Houses on leases and started letting out serviced rooms on short notice. The standard of services provided in these apartments was always a highlight in the tenants’ reviews and satisfaction surveys. In 2016, Tulip Real Estate London added Mansﬁeld RoadBlock and Gants Hill Block to its kitty to increase its portfolio. Eventually, the Tulip Team underwent more expansion by adding more professionals for the management of the operation and attainment of various blocks to extend the growing model. The real estate company also acquired more residential blocks for rental purposes as well as New Build residential development sites before turning into the epitome of success it is today.

With an intense focus on these aspects, Tulip Homes uses its capability as asset managers of an existing property, as designer and contractor of new projects, as operators of hotels and venues, and as fund managers of investment to create high-quality properties for people to enjoy and covet.