Education plays an important role in creating values inside people. Siddharth Mahajan was no exception to this rule. A self-made man, the education qualification of Siddharth Mahajan had a major role in his development as an entrepreneur and his subsequent success. After his schooling, Siddharth Mahajan reached the shores of God’s Own Country Kerala to pursue his college education. 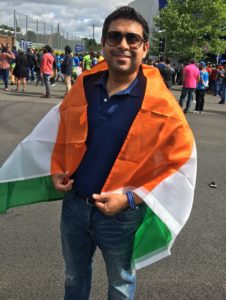 He enrolled himself in the Oriental School of Hotel Management and completed his three-year Bachelor’s course in Hotel Management in 2002. This course included an International Hotel Hospitality Diploma with the prestigious American Hotel Lodging Association. He was then placed with a job in the Oberoi group of hotels in its Rajvilas property in Jaipur. Oberoi Rajvilas in Jaipur is a five-star hotel in India and was working as a Front Office Assistant and Supervisor till 2005.

After his stint in the Oberoi hotel, he flew abroad to explore more opportunities. He worked with another reputed group in the hospitality sector –Amba Hotel, Marble Arch. He held the profile of a Guest Relations Manager there and his services earned him great appreciation from the guests. He then went on to work with Canary Wharf as Operations Manager before he decided to start up and become a business owner, accomplishing his own dreams for his future.

All these years spent in hotels of repute helped Siddharth Mahajan identify the demand and supply gaps in the hotel and hospitality industry. He was, in fact, making mental notes of all these observations throughout his career working for someone, while looking out for the right time to take the plunge into the entrepreneurial world. All his career, he had seen business executives and students who traveled regularly seek accommodation options which gave them not only the comfort of a room but also the feeling of home. It was important to the weary travelers that they feel at home wherever they are.

Keeping these things in mind, Siddharth Mahajan decided to start a new concept in the hospitality sector — Houses in Multiple Occupation or HMOs. The idea was ingenious. A house with all necessary furnishing and comfort let out to different people at the same time. He started by converting his own properties into HMOs. As his business grew, he slowly leased out assets to operate his HMOs. Over time he had seven properties in his name, operating as HMOs and 47 in the name of his business — Tulip Real Estate Limited. His business expanded to other parts of London and even to other parts of the world with an impressive list of clientele and brand collaborations.

All these were possible due to the education qualification of Siddharth Mahajan. While there are many examples in business to show that education does not amount to anything or guarantee success, Siddharth Mahajan does agree that education gives you the leverage and the courage to go out there and explore multiple possibilities. If not for the skills Siddharth Mahajan learned during his college, he might not have identified the gaps in the industry and set out to conceive an idea to solve the gap.

Siddharth’s goodwill from his college and his earlier workplaces provided the much-needed impetus in his new business, which grew exponentially within the first few years of his inception. This gave him huge fortunes and also catapulted him into one of the most important figures in the hospitality segment, all while grooming Tulip Hotel and Real Estate Ltd to be a formidable yet endearing brand.