Who is Siddharth Mahajan?

Born and brought up in India, Siddharth Mahajan is a young nascent mind who zealously pursued a career in the hospitality industry and travelled across oceans to find the right direction for his passion. 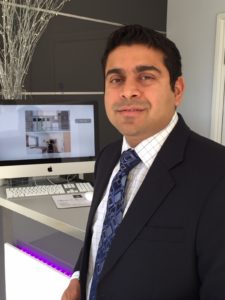 Mahajan completed a Bachelor’s degree in Hotel Managament from Oriental School of Hotel Management, Kerala and 3 years International Diploma in Hospitality from American Hotel & Lodging Association in Honors.  He was the first student from college to get Campus Placement at Oberoi Rajvilas, Jaipur . He joined the Rajvilas in 2002 (6 months before he had finished his degree) and returned to College in 2003 for his final semester in April 2003. His stint at the luxury hotel lasted 2 years and earned him weighty appreciation for his earnest hospitality services. This marked the beginning of an extraordinary professional journey for Siddharth Mahajan’s career.

Always a keen, enthusiastic individual, Siddharth had noteworthy achievements throughout his learning career and his decision to pick the hotel industry stemmed from his clear inclination towards front house and concierge services. After having worked with Vikram Oberoi, General Manager Puneet Narula, Front of House Manager at Oberoi Rajvilas, Mahajan took off to London to find a stronger footing in the business considering the Hotel Industry in India was still embryonic.

In London, he worked at Amba Hotel, Marble Arch, from Feb 2005 to July 2008 as the Guest Relation Manager / Reception Manager where he commendably managed 692 Rooms. Following this, from Aug 2008 to Sept 2013 he worked at International Hotel, Canary Wharf as the Hotel Operations Manager. During this phase, Siddharth Mahajan had the opportunity of working with seasoned professionals of the industry – Peter Beckwith and Christian Graf, General Managers of the hotels respectively.

Four promotions and several positive guest testimonials later, Siddharth was approached by numerous Indian professionals visiting London for work, looking for apartments instead of hotels for a more homely atmosphere.

Providing UK communities with a sense of place

In an arbitrary moment of wanting to offer a unique housing service to people, Siddharth developed the idea of creating service apartments. Without much knowledge about the course of activities, Siddharth chose to draw from his own personal experience and sensibilities as part of the UK community where he lived, worked, and spent time with friends and family. This background provided him with the ultimate sense of what appealed to people about a particular place which in turn makes a retail, hospitality, or commercial property successful.

He swiftly decided to convert the houses he owned into 6 Ensuite Rooms that were rented out as service rooms to transfer students, working professionals on business visits, etc.

Without the constraints of the traditional rules and conventions of the commercial real estate business, Siddharth studied properties in London to determine what worked and what did not. The end result was an ability to create an experience that built a connection and drew people back to a place which they could call home without the hassles that go into creating a home.

After a steady involvement with service rooms, he took an entrepreneurial leap into a larger project that embodied the sense of place he wanted to offer the community. Mahajan leased a hotel for 25 years and converted it into a boutique hotel. The USP of this hotel was its Customer Service and its close proximity to the station – a crucial factor for emigrants whose routine travel was made easier with this feature.

A promising Indian entrepreneur established a significant housing business in London and successively became the owner of Tulip Group – a successful UK-focused private group of companies that leveraged synergies across its specialist property, construction and hotel divisions to its strategic advantage. Siddharth Mahajan’s career graph saw a consistent upward movement and he now owns and manages a diverse portfolio of flagship assets across UK’s key business locations, partnering with some of the most illustrious brands to deliver consistently high service levels and sustainable growth.

He envisages his business to be known for strong financial performance; excellence in quality of design and service delivery; and for the long-standing impact of the company’s values on what they do and, in particular, how they do it.

With intense focus on these aspects, Tulip Homes uses its capability as asset managers of existing property, as designer and contractor of new projects, as operators of hotels and venues, and as fund managers of investment to create high-quality properties for people to enjoy and covet.

One Reply to “Giving the Wanderers a Home: How Siddharth Mahajan Began a Laudable Career”