Siddharth Mahajan can be described as a young, burgeoning mind that keenly pursued a career in the hospitality industry and became no less than a globe trotter to fulfil the demands of his passion.

Born and brought up in India, Mahajan completed a Bachelor’s degree in Hotel Management from the Oriental School of Hotel Management, Kerala. He also received an International Diploma in Hospitality from American Hotel & Lodging Association in Honors.  He was renowned as the first student from college to get Campus Placement at Oberoi Rajvilas, Jaipur. He joined the Rajvilas in 2002 (6 months prior to the completion of his degree) and returned to college for his final semester in April 2003. His stint at the luxury hotel lasted a good 2 years and earned him great accolades for his earnest hospitality services. This marked the extraordinary beginning of Siddharth Mahajan Tulip career. 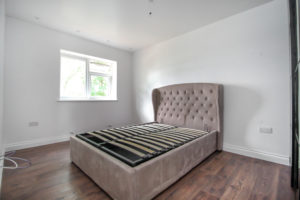 Always an acute, enthusiastic individual, Siddharth blossomed throughout his learning career and his decision to pick the hotel industry seemed custom-made, owing to his exceptional front house and concierge services. After having worked with some big names like Vikram Oberoi, General Manager, and Puneet Narula, Front of House Manager at Oberoi Rajvilas, Mahajan ventured off to London to build a stronger foundation in the business, as the Hotel Industry in India was still in its nascent stage.

In London, he worked at Amba Hotel, Marble Arch, from Feb 2005 to July 2008 as the Guest Relation Manager / Reception Manager where he effortlessly managed 692 rooms. Following this, he worked at International Hotel from July 2008 to Sept 2013, at Canary Wharf as the Hotel Operations Manager. During this phase, Siddharth Mahajan had the opportunity of working with the crème de la crème of the industry, namely Peter Beckwith and Christian Graf, General Managers of the hotels respectively.

Sidd Mahajan Tulip earned his claim to fame with four promotions and many positive guest testimonials, after which he was approached by numerous Indian professionals visiting London, on the lookout for apartments instead of hotels for a more homely atmosphere. This led Siddharth Mahajan Tulip to toy with the idea of creating service apartments, which then led to the inception of what we know today as Tulip Hotels.

As Sidd Mahajan did not have professional knowledge about the course of activities required to own and offer the property on lease, he chose to study the background where he lived, worked and spent a majority of his time with friends and family as part of the UK community. It gave him first-hand insights about what attracted people when they saw a particular place, which made that particular property successful commercially.

Sidd Mahajan wasted no time in getting his plan into action and decided to convert the houses he owned into 6 Ensuite rooms, which he rented out as service rooms to transfer students, working professionals on business trips and the like. He created an experience that built a connection which drew people back to a place that felt like home without the hassles that go with it.

Sidd Mahajan took a major entrepreneurial leap thereafter by leasing a hotel for 25 years and converting it into a boutique hotel. He made sure that Customer Service and proximity to the station would be prominent features in the hotel designed to serve emigrants travelling for work. As a promising Indian entrepreneur, Sidd quickly established a prominent housing business in London and became the proud owner of Tulip Hotels, which went on to develop as a private, diversified property group in several segments in the UK. He is renowned for excellence in quality of design and service delivery in the ultimate creation of high-quality properties to satisfy every client’s whim and fancy.